Everyone knows that Vans are the world’s #1 skateboarding shoes. But from their start in 1966 they’ve had a long a turbulent road to get where they are today. Here are 14 interesting facts about Vans Shoes that you probably didn’t know. It covers their history, lawsuits, collaborations, their Hollywood break, bankruptcy, celebrities & more! 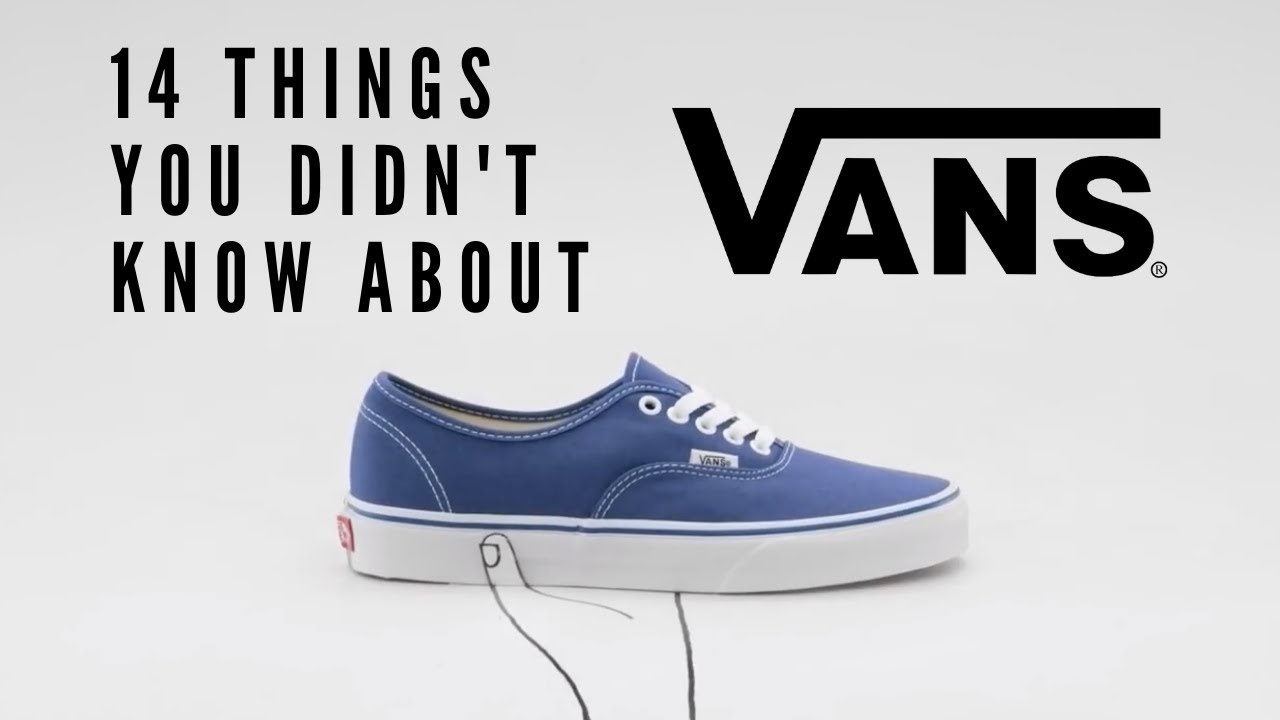 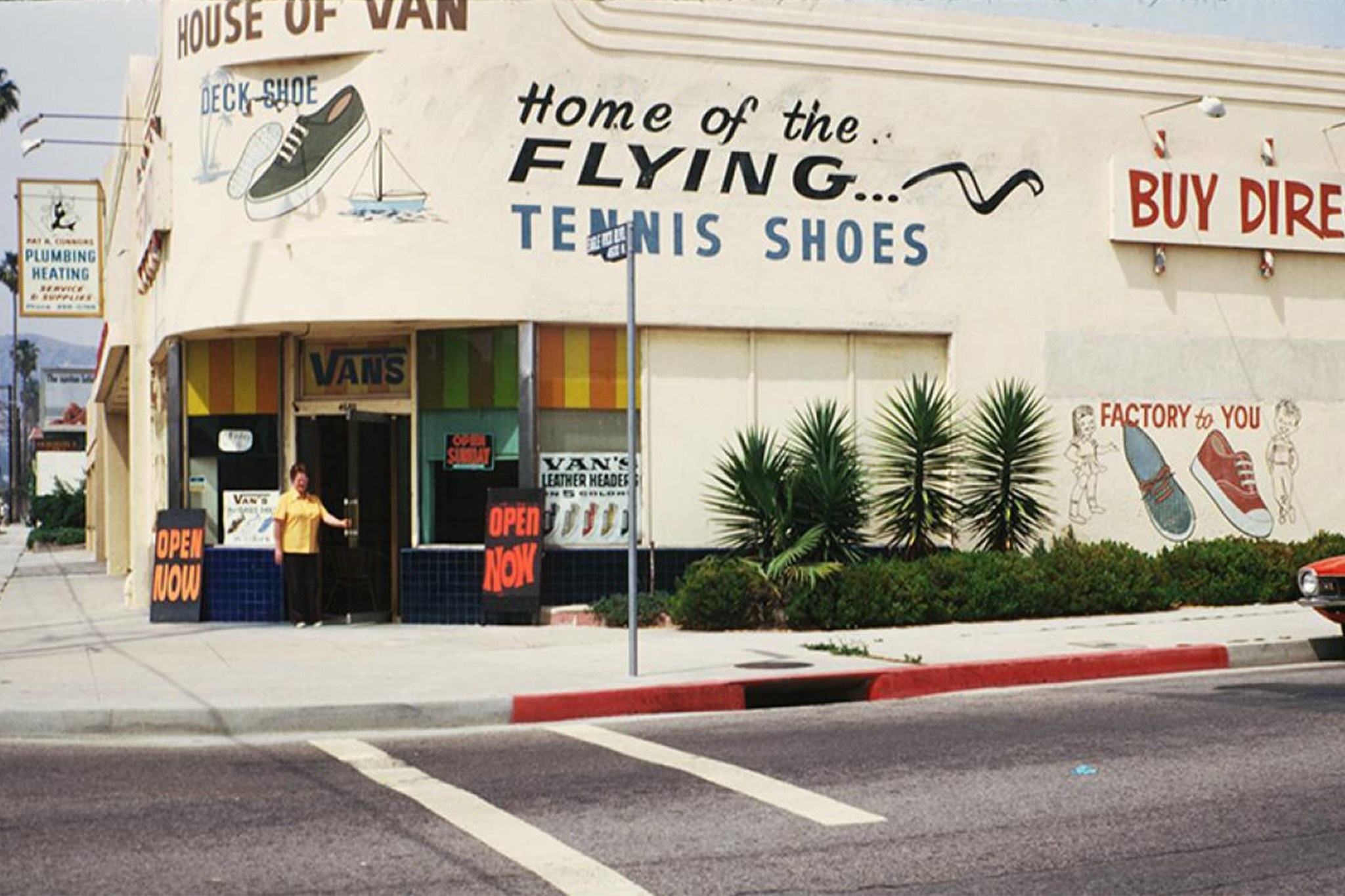 2. Originally Vans Had Shoe Numbers Not Names: The first Vans shoes to come out had numbers, not names. The first Vans shoe was the #44, which is called the Authentic today. These original shoes cost $4.49 for men and $2.29 for women. Next came the #95 (what we currently know as the Era), the #36 (currently called The Slip On). 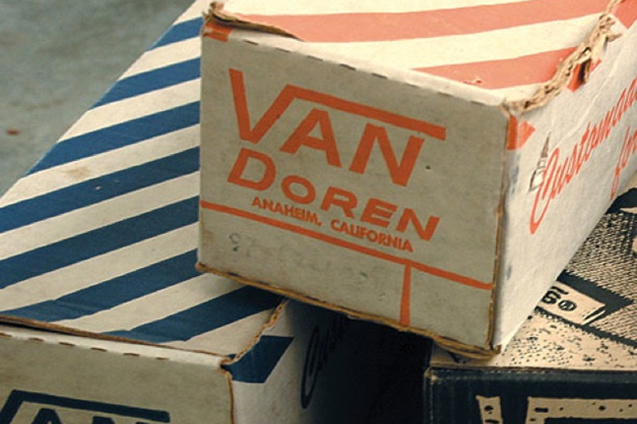 3. The Vans Era Is The First Shoe Designed By Skateboarders For Skateboarding:Although Vans weren’t originally designed with skateboarding in mind, skateboarders quickly adopted them. Being in Southern California while skateboarding was growing in popularity, they were in the right place at the right time. (It also helped that you could buy one shoe at a time if you wore one side out). Two of the first skateboarders to ride their shoes were Tony Alva & Stacey Peralta, they took the original style #44 shoe and added slight padding to the collar, make a few small tweaks to design the style #95 commonly known as the Era. This making the Vans Era the first skate shoe designed by skateboarders. 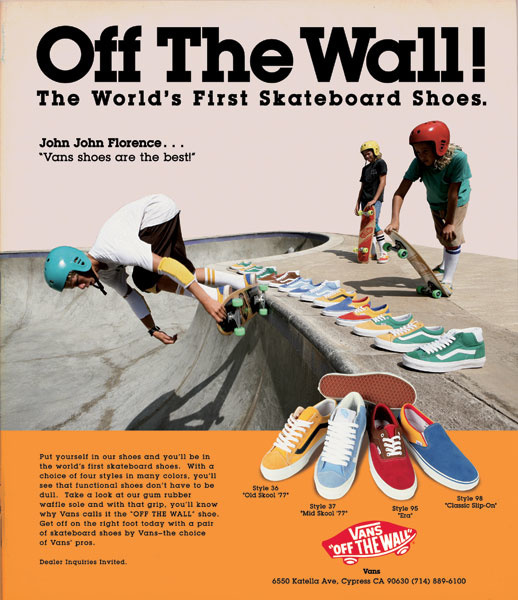 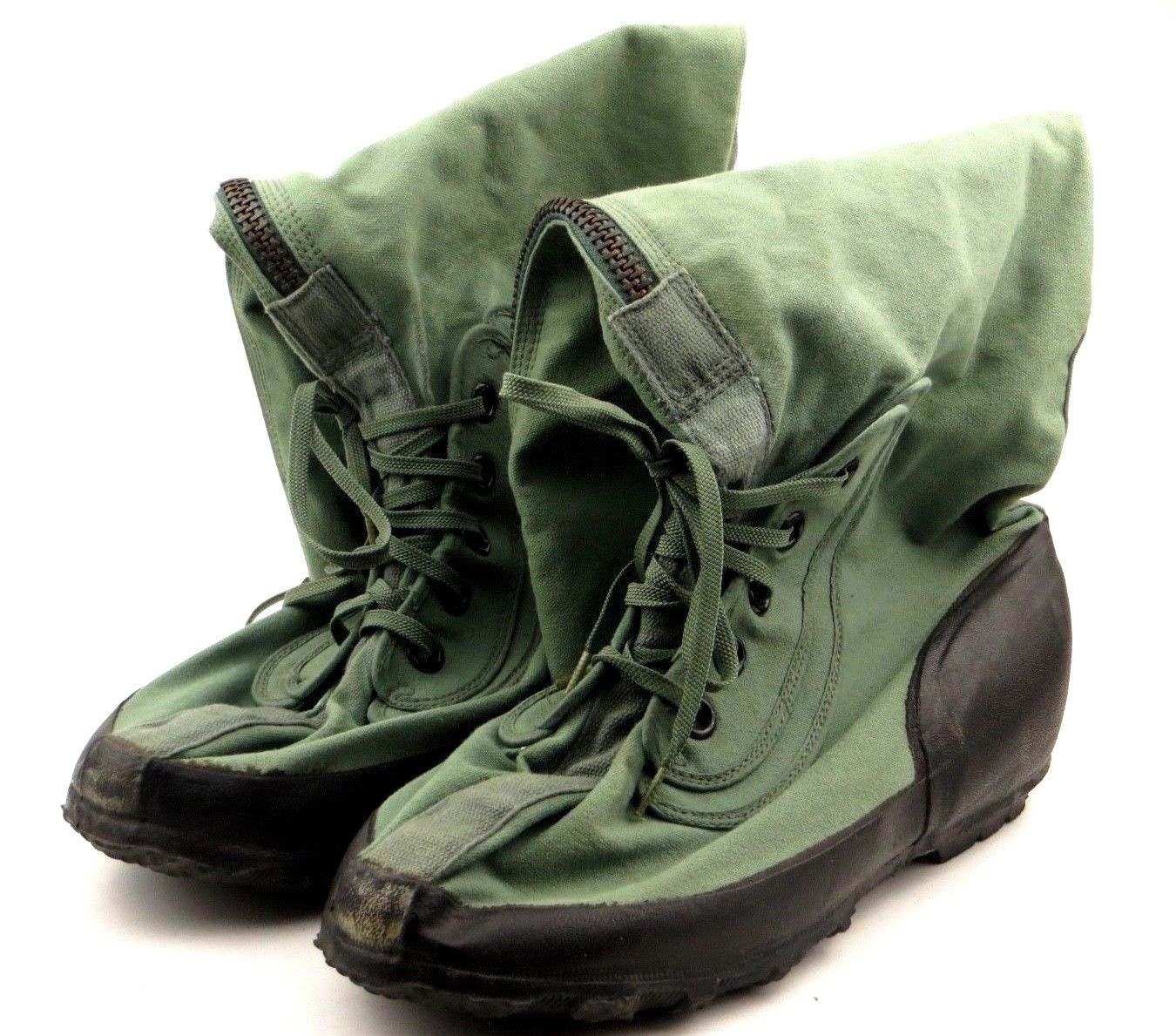 5. In 1982 The Vans Slip Ons (Style #36) were featured in Fast Times At Ridgemont High: Sean Penn who plays Jeff Spicoli in Fast Times apparently requested that his character wore Vans shoes for the movie. He thought they were the perfect shoes for the California surfer character. This put Vans on the big screen, giving them worldwide attention and blowing up their sales.

6. In 1984 The Company Filled Chapter 11 Bankruptcy: It’s hard to imagine today, with to company doing multi billions in sales, but in 1984 Vans filed for bankruptcy protection, after growing the company too fast and diversifying into too many styles of shoes, they could not keep up with their growth. A few years later the original owners would sell the company, even though Paul Van Doren, descendent of one of the original owners, still works at Vans today!

8. Vans Did The First Ever Supreme Collaboration:Supreme is a brand famous for their collaboration projects. In 1996 Supreme was only 2 years old when they got the nod from Vans to do a collab shoe. They decided to create a Supreme “Old Skool” and the project was headed by designer Brendon Babenzien who currently runs the brand NOAH. The Old Skools were made in the USA and has a little Supreme box logo tab above the side stripe. (note that Supreme didn’t start collaborating with Nike until the 2000’s) 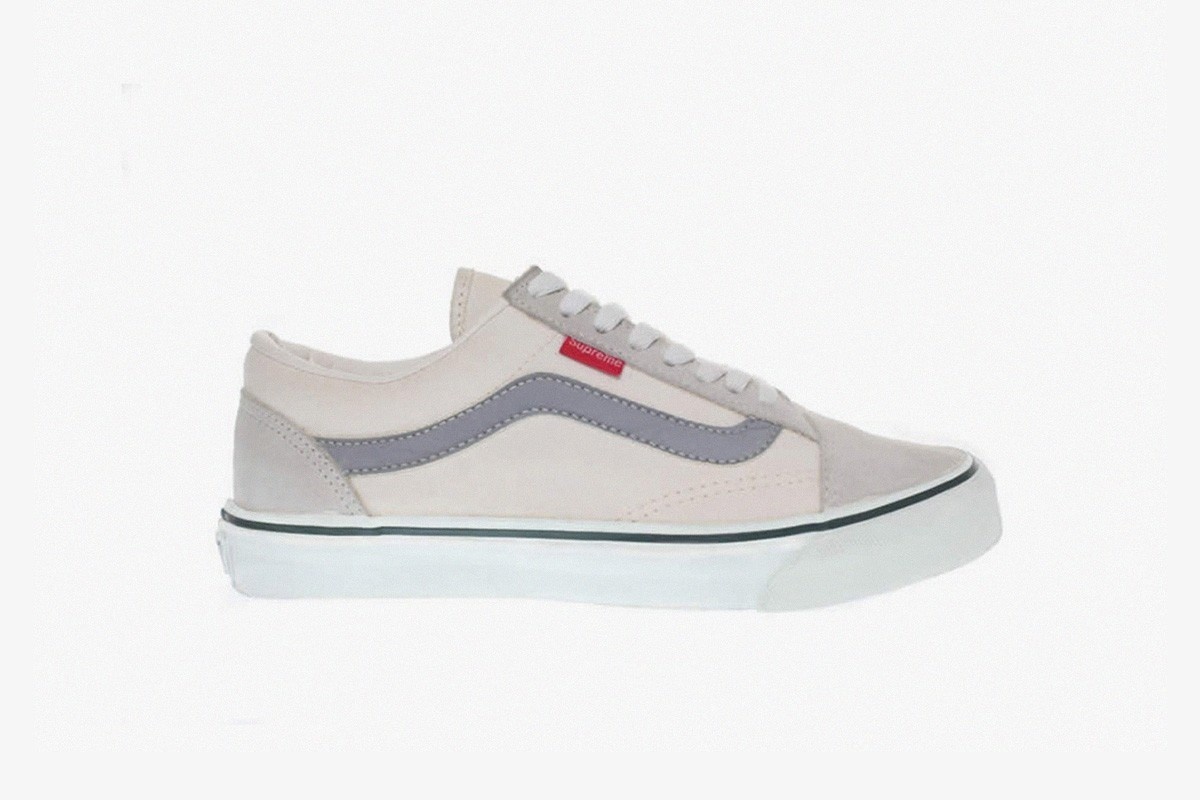 9. In 1996 Vans Sponsored The Warped Tour: The Warped Tour started in 1995 and was a massive rock tour that travels through the United States. Vans jumped on board as a sponsor on Warped Tour’s second year and added skateboarding to the event. After a few years, Airwalk tried to sneak in and steal the sponsorship deal by offering more money. The Warped Tour organizers declined the offer because they loved Paul Van Doren’s passion for skateboarding and music. By the end, Vans owned 75% Of Warped Tour and it was the biggest and longest running music festival in North America. The festival ended in 2018, when Vans decided to move to new events like House Of Vans. 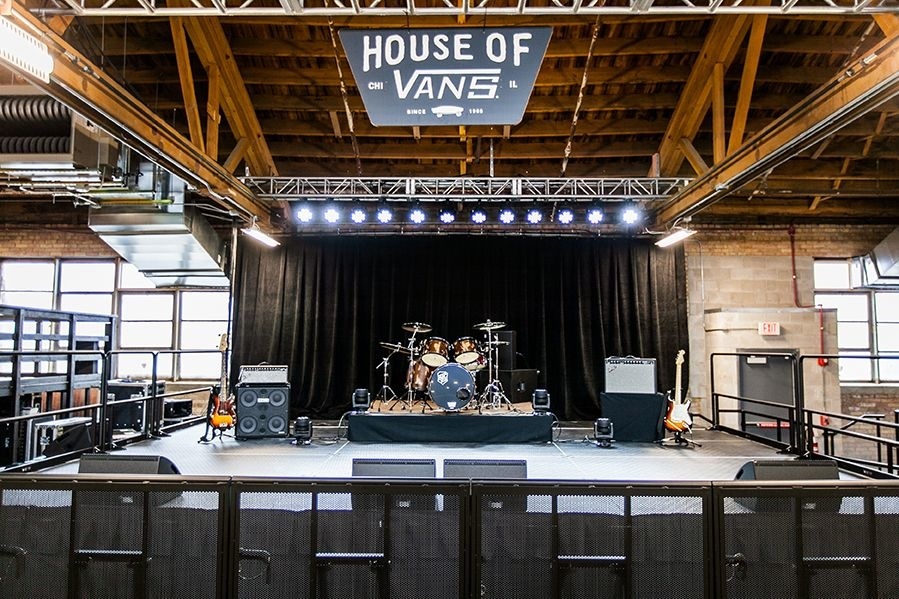 10. Vans Has A Scholarship: Vans has a school scholarship to theBerkley College of Music. The scholarship is called the “Off The Wall Scholarship” and is given out to a student who is a US citizen in financial need that is an “outstanding musician” and has great grades. Pictured below is pro skater Ray Barbee playing the guitar at a House Of Vans event. 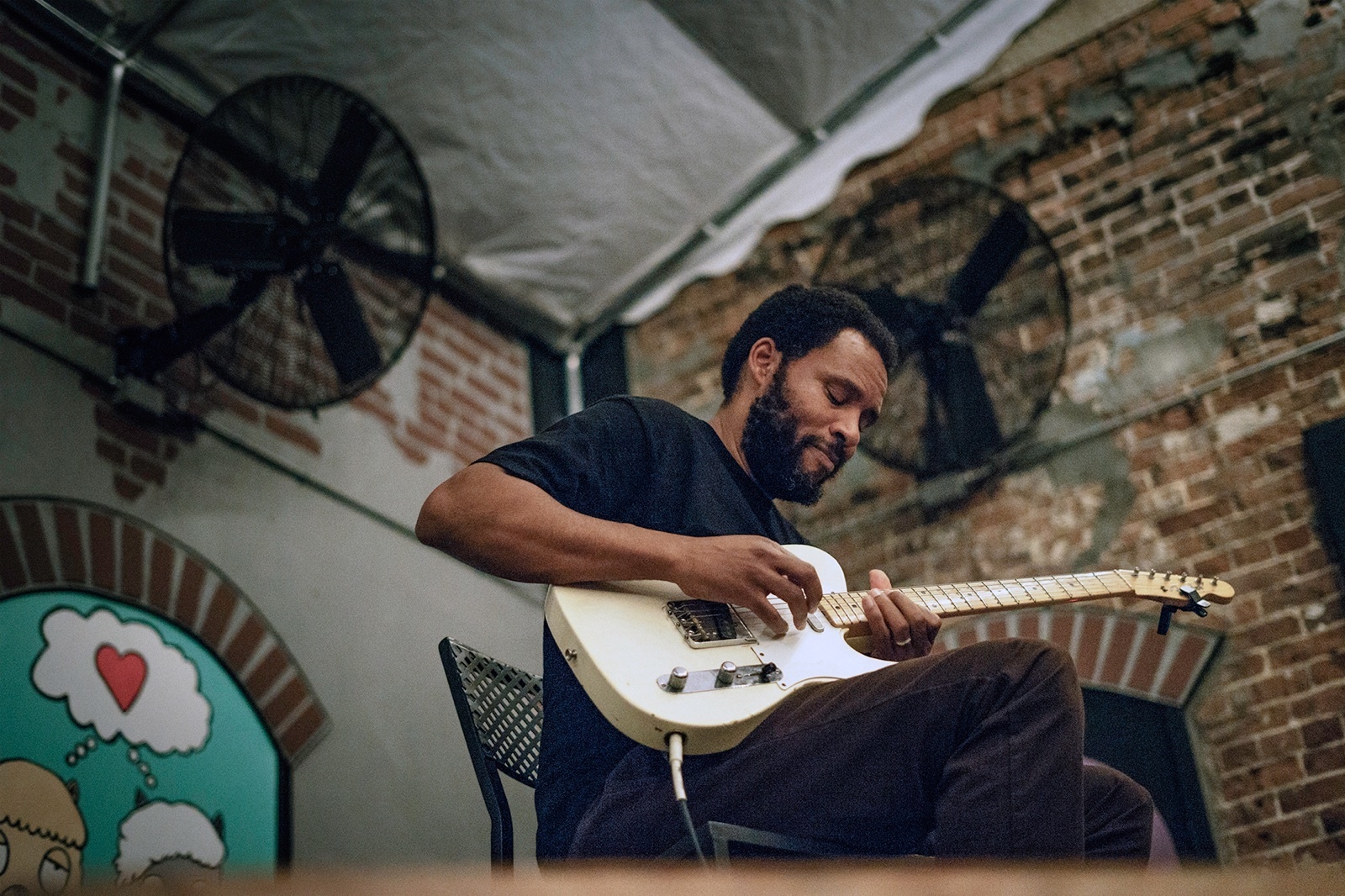 11. In 2011 Vans broke 1 Billion Dollars In Sales: In 2011 Vans became to first skateboarding rooted brand to break the 1 billion dollar mark. Today they do billions of dollars in sales annually and show no sign of slowing down.

12. 2016 - Damn Daniel: The Damn Daniel viral video sky rocketed Vans shoe sales when it came out. The viral video made Vans’ direct to consumer sales jump 20% and their online sales up 30% in the first quarter of 2016. For a company that makes billions of dollars in sales annually, that’s a lot of shoe sales! Someone posted a pair of white Vans shoes on Ebay claiming to be the original “Damn Daniel” shoes and the bid reached over $400,000 but they turned out to be fakes.

13. 2018 Vans Is Sueing Target For Ripping Off Their Old Skools: In 2018 Vans launched a lawsuit against retail giant Target for ripping off their Old Skool model. The target model is all black with a different and kind of weird side stripe on the side. People have been calling them the Target “fake vans”, which Vans says hurts their brand because it’s a $16 version of their $60 shoe with way cheaper construction and materials. Check the images below and let us know what you think? Will Vans win this lawsuit? Or Target? *Note: Vans also sued Sketchers in 1998 for ripping off their checkerboard slip-ons. The lawsuit was eventually settled out of court. 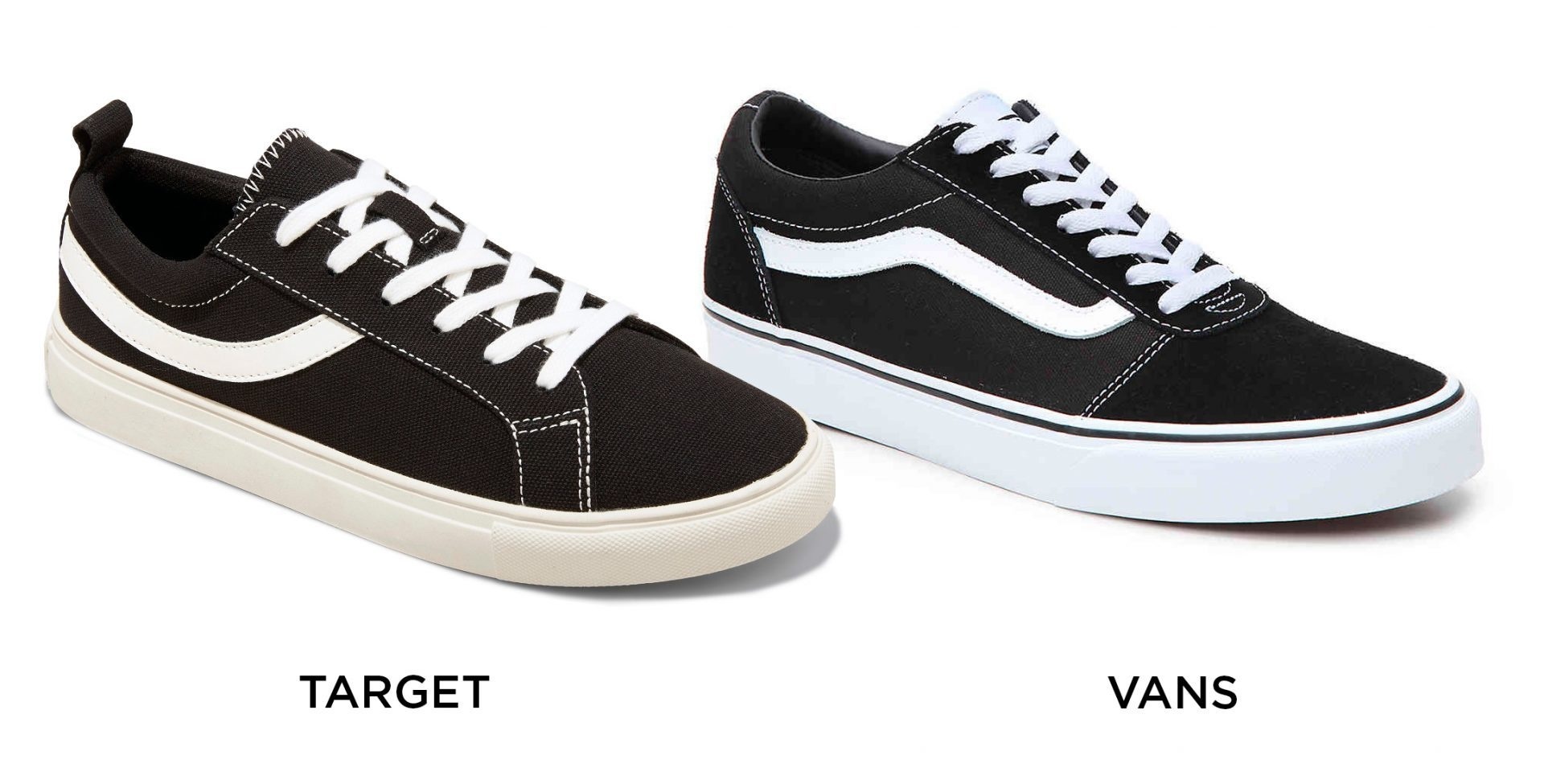 14. Lil Wayne; Hi Standards & Hi Fashion: For a while Lil Wayne had a phase of wearing Vans snowboard boots as high tops. (seen pictured below). What’s with all these rappers wearing winter sports gear as fashion? Snowboard boots & ski goggles? 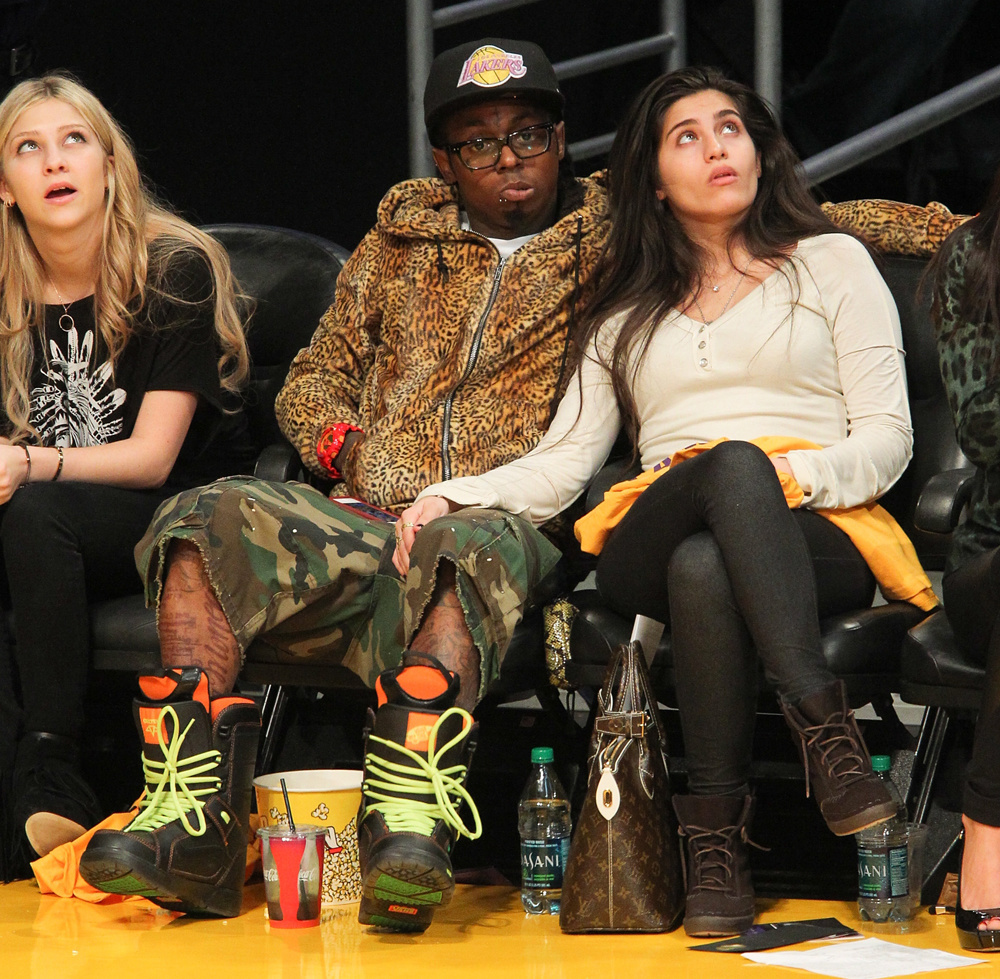 What are your favourite things about Vans? Leave us a comment below!

You have no items in your shopping cart...